Update 8/6/19: “The current date to open the system to the public is July 16, 2020. That is our goal at this point, and we’re working very hard to meet it,” said Charles Stark, airports authority senior vice president for the Dulles Corridor Metrorail Project, via WTOP.

“It could be a few days earlier or a few days later. Nothing in the construction world is that exact, but you gotta have a goal, and that’s ours,” Stark said in an interview.

Metrorail train testing has begun in eastern Loudoun County, one year ahead of the target date for construction completion on the Silver Line extension.

Per a joint press release from the Dulles Corridor Metrorail Project and the Metropolitan Washington Airports Authority, crews are ready to launch the third of several phases of this testing.

So-called “dynamic testing” uses D.C Metro trains to test components of the Automatic Trail Control System to verify the design and installation. The testing area will be between the Loudoun and Fairfax stations that are scheduled to open later in 2020.

The trains are currently parked at the future Loudoun Gateway Metrorail Station along the Dulles Greenway, just west of Dulles Airport.

Once complete, Metrorail will offer one-seat, no-transfer rides from one of the fastest-growing counties in America to the heart of the nation’s capital in Washington, D.C.

Metro is the second-busiest rail system in the United States, currently averaging more than 600,000 riders per day. The Metro includes six train lines and covers 118 miles in D.C., Maryland and Virginia.

The three Loudoun stations are the only ones along the 23-mile Silver Line with greenfield opportunities. Learn more about major developments; for more specific details email Colleen Kardasz or call her at 1-800-LOUDOUN. 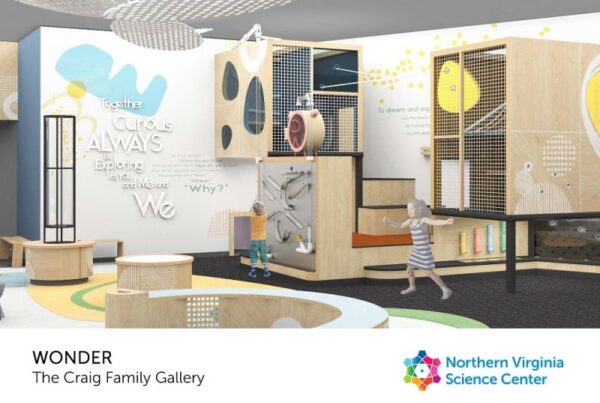 Northern Virginia Science Center Gets a Boost in Fundraising Campaign

Ramona Thompson | #LoudounPossible Pod, Blog, ICT | No Comments
The Northern Virginia Science Center at Kincora is closer to reaching its $8M fundraising goal. The years-long project is being developed in partnership with the Science Museum of Virginia through a public-private partnership that also includes Loudoun County and support…

Ramona Thompson | Blog, Rural/Agriculture News | No Comments
The Leesburg Mobile Park community will soon have agriculture at their doorsteps. The Leesburg-based non-profit INMED USA will be installing Aquaponics, a combination of aquaculture (growing fish and other aquatic animals) and hydroponics (growing plants without soil) in one recirculating…

Loudoun Heading to Vegas for Manifest 2023!

Ramona Thompson | Blog, Aviation & Transportation, Logistics | No Comments
The stakes are high when it comes to logistics expansion. Conducting a thorough market analysis takes time and effort when stepping into unfamiliar territory, especially when you do it on your own. Truck and cargo fleets are expensive, increase capital…

Mark | Rural/Agriculture News, Blog | No Comments
Loudoun County’s Rural Economic Development Council (REDC) has multiple open seats for service and is encouraging anyone passionate about supporting Loudoun’s diverse rural industries to apply. The REDC is comprised of Loudoun business owners and stakeholders, advising the Board of…